by Kate Swain , John Kettle and Andrew Bukowski
McCullough Robertson
Your LinkedIn Connections
with the authors

On 25 November 2020, the Electricity Infrastructure Investment Bill 2020 (NSW) (Renewables Bill) passed the NSW Parliament Upper House following over 30 hours of ongoing debate that challenged 249 proposed amendments.  With the Renewables Bill expected to be assented to before the end of 2020, it is guaranteed to shake up the NSW energy market and create a new playing field for energy producers, providers and consumers.

The NSW Government urgently introduced the Renewables Bill in November 2020 to give effect to the recently announced Electricity Infrastructure Roadmap (Roadmap). By 2030, the NSW Government expects that the ‘coordinated approach to transmission, generation and storage' provided by the Roadmap will:

While the NSW Energy Minister (Minister) has described the passing of the Renewables Bill in the Upper House as a “historic victory for the people of NSW”, questions have emerged regarding the Renewables Bill's broader implications for energy producers, providers and consumers alike. Many current operators in the energy sector have advocated for the market to be left to continue to drive investment in low carbon energy storage technology.

The Renewables Bill is an interventional approach that sets up a framework for investment in generation, storage and network infrastructure that includes the following main components:

The Renewables Bill provides for Energy Security Targets (Targets) to be introduced, monitored and reported on by a person or body appointed by the Minister. The Targets will be based on the following formula:

maximum demand is the forecast peak demand for megawatts of electricity used by NSW electricity customers, based on a 10% probability of exceedance (POE) forecast methodology.

These Targets must be set and reported on annually in monitoring reports, alongside other details such as the annual predictions for the ten years ahead, an assessment of whether the estimated capacities will be met, and other information found to be relevant. These reports will be released to the public and provided to the Minister for consideration and response.

In addition to the Central West-Orana, South West, New England, Hunter-Central Coast and Illawarra areas, the Renewables Bill allows for other areas to be declared as Renewable Energy Zones (zones) and for the Minister to specify the generation, storage or network infrastructure that will be implemented in each zone (see Figure 1). The Renewables Bill provides for: 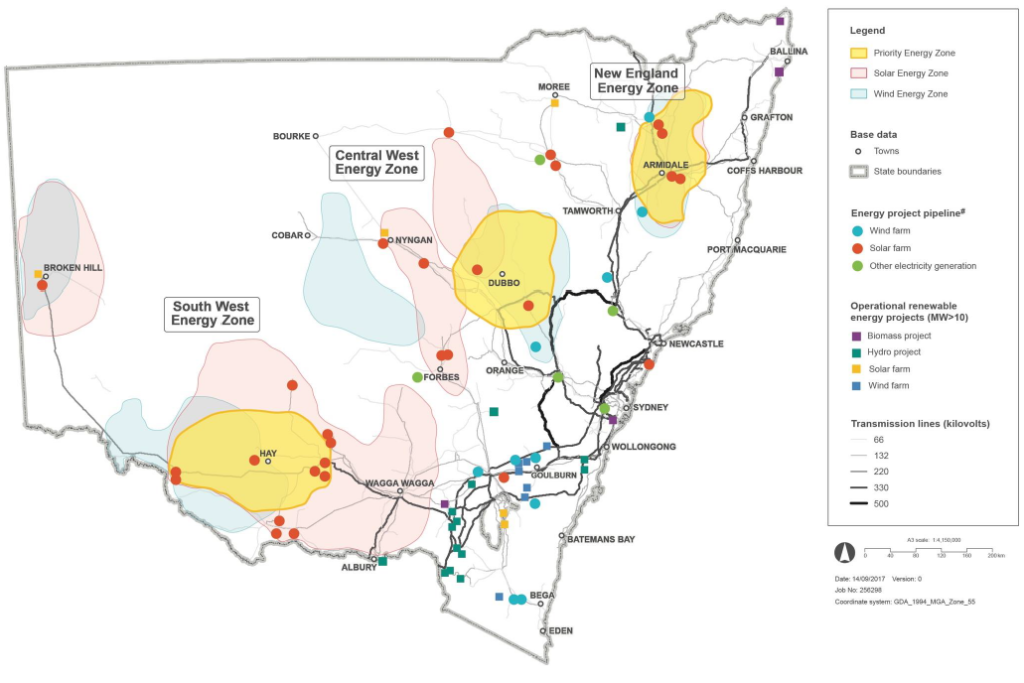 Figure 1: NSW Department of Planning, Industry and Environment (2018) Large Scale Energy Project Pipeline.
The Hunter, Central Coast and Illawarra Regions were added to the Renewable Energy Zones as part of the broad amendments to Renewables Bill this week. 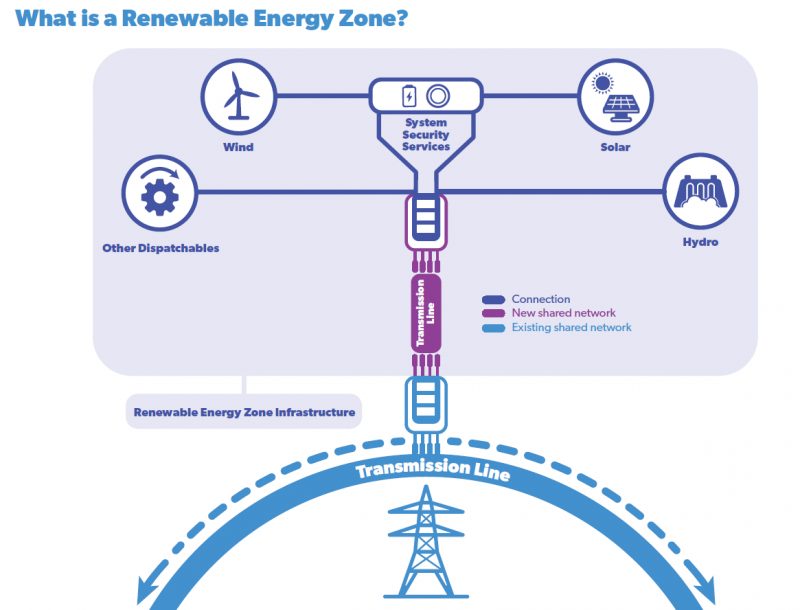 To fund the Roadmap objectives, the Renewables Bill creates an ‘Electricity Infrastructure Fund' (Fund) which will provide a financial vehicle for the receipt of payments from a broad range of sources, including voluntary and ordered contributions, monies payed under a long-term energy supply agreement, monies paid under access schemes, and monies received back from Fund investment. Distribution network service providers will also be required to pay contributions into the Fund.

The Fund will pay for the operations of the Renewables Bill, including agreements under the ‘Electricity Infrastructure Investment Safeguard' (Safeguard). The Safeguard provides objectives for long-duration storage, generation and firming infrastructure as well as development pathways for such infrastructure. The Renewables Bill also provides for funding to be secured through derivative arrangements referred to as long-term energy service agreements that are entered into between the scheme financial vehicle and persons who operates and constructs generation, long duration storage or firming infrastructure.

Further considerations for your current project or operation

In addition to the changes intiated by the Roadmap, other changes that the Renewables Bill will introduce include:

Comprehensive regulations supporting the Renewables Bill are expected to be released in early 2021 and will provide greater clarity around issues such as: