Last month, the District Court of New South Wales determined that the 'zipper-face' emoji was capable of conveying a defamatory meaning when used in a Twitter post.

The interlocutory decision was made in the context of defamation proceedings commenced by Ms Zali Burrows against Mr Adam Houda in relation to two Twitter posts published by Mr Houda on 28 July 2019 and 27 May 2020. Mr Houda posted a link to a Sydney Morning Herald article via his Twitter account which reported upon a case in which a judge had allegedly referred Ms Burrows (a solicitor) for possible disciplinary action. The relevant posts by Mr Houda were helpfully annexed to the decision of Her Honour Judge Gibson and a link to the decision is provided below. Of particular significance was the second tweet, published by Mr Houda on 27 May 2020. In response to the article link published by Mr Houda, a third party Twitter user commented:

Mr Houda responded to the third-party comment with the emoji known as the 'zipper-face' emoji (reproduced below) (Emoji). Ms Burrows alleged that Mr Houda's Twitter post (and in particular, the use of the Emoji) conveyed a number of different defamatory imputations (meanings) about her, including that:

(a) she had been disciplined by the lawyers professional body for her conduct;

(b) her conduct as a lawyer had been so poor that the judge had recommended that her client be banned for life by ASIC and prosecuted for knowingly signing false affidavits; and

(c) her conduct as a lawyer had amounted to criminal behaviour.

Mr Houda denied that the use of the Emoji in his Tweet was, as a matter of law, capable of conveying such meanings about Ms Burrows. Her Honour Judge Gibson was therefore required to determine whether such imputations could reasonably be conveyed by Mr Houda's Twitter post, and in doing so, noted that the answer to such a question, 'turn[ed] very substantially upon what this "zipper-mouth face" emoji means'.1 Her Honour recognised that this was the first occasion an Australian court had been asked to determine whether an emoji was capable of conveying a defamatory meaning.2

In a distinctly modern approach to judicial reasoning, Her Honour first acknowledged that it was appropriate to consult an internet-based dictionary, 'Emojipedia' , in order to determine how the ordinary, reasonable Twitter user would comprehend the Emoji used in Mr Houda's post. Her Honour next examined a High Court decision in the United Kingdom3 where it was held, on a similar question, that the meaning of an 'emoticon' (which is similar to an emoji) was to be determined by reference to the circumstances surrounding the publication, including by considering any inferences that could reasonably be drawn upon reading the publication.4 Interestingly, Her Honour found that it was not necessary for the Court to consider expert evidence on the issue of the meaning of an emoji, nor seek jury input and instead determined that the 'language' of emojis were capable of conveying a settled meaning.5

Gibson DCJ found that a possible meaning of the Emoji could be best described as ' "secret" or "stop talking" in circumstances where a person impliedly knows the answer but is forbidden or reluctant to answer.'6 It is, however, relevant to note that Her Honour also recognised that when a Court is asked to determined imputations that could be reasonably conveyed by a publication (as was the case here) the test is one of 'generosity' and a 'matter of impression'.7 With this in mind, Her Honour determined that in the context of the original Tweet, the Emoji response could reasonably convey to an ordinary Twitter user that Mr Houda was not at liberty to disclose the result of any disciplinary action taken against Mr Burrows, leaving the reader of the post to draw an inference that there had been a finding damaging to the Ms Burrows and to otherwise 'guess the rest'.8 Her Honour reasoned that in determining whether or not the Emoji could be defamatory of Ms Burrows, 'joining the dots to achieve a meaning is a particularly likely exercise'.9 Ultimately, Her Honour found that each of the pleaded imputations (referred to above) were reasonably capable of being conveyed by Mr Houda's use of the Emoji.

Importantly, the findings of the Court in this case are only a preliminary step in the substantive dispute and by no means a final resolution of the matter. The decision of Gibson DCJ established that the Emoji was capable of conveying certain defamatory meanings about Ms Burrows. At the trial of the matter, Ms Burrows will still be required to establish, as separate issues, that the pleaded imputations were in fact carried by Mr Houda's publications and that those meanings were in fact defamatory of Ms Burrows.

Nonetheless, the decision serves as a timely reminder of the caution which must be exercised when commenting on social media and the fact that the mere use of an emoji, symbol or picture can give rise to actionable defamation. In addition, this decision in Burrows v Houda provides important case law authority whenever the meaning of particular written communications are in issue. To that end, the analysis employed by Gibson J could, for example, be readily adopted in cases concerning misleading and deceptive conduct, breaches of confidentiality or market disclosures.

To read more on this decision, please click here.

Many thanks to Alan Wrigley, Lawyer, for his assistance with putting together this alert. 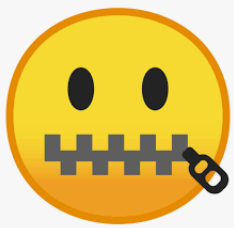 ARTICLE TAGS
Australia Litigation, Mediation & Arbitration Libel & Defamation Media, Telecoms, IT, Entertainment Social Media
POPULAR ARTICLES ON: Litigation, Mediation & Arbitration from Australia
On Second Thoughts... Can A Settlement Offer Be Accepted Even After It Has Been Rejected?
Johnson Winter & Slattery
The Federal Court of Australia has held that an offer to settle made pursuant to its Court rules may remain open, even after it has been expressly rejected or a counter-offer has been made
Loans which are simply - Repayable On Demand - beware of limitation periods
Carroll & O'Dea
Legal limitation periods may in fact preclude you from successfully taking legal proceedings to recover the loan.
Man acquitted of murder due to evidence of police stitch-up
Sydney Criminal Lawyers
Circumstances where there can be a retrial. Recent examples discussed.
A search order in Queensland is extraordinary and not a mere investigatory tool
Colin Biggers & Paisley
Qld Court of Appeal dismissed appeal against the refusal of an application seeking a search order under rule 261A of the UCPR.
The challenges of chat in eDiscovery as COVID brings changes in work behaviour and working from home
Law In Order
Discussion about the challenges that the growth of communication channels, including chat, brings to discovery.
Spotlight on data collection
Law In Order
The process of data identification, preservation & collection can be complex - types of data collection, risks etc
FREE News Alerts
Sign Up for our free News Alerts - All the latest articles on your chosen topics condensed into a free bi-weekly email.
Register For News Alerts
Article Tags
Australia Litigation, Mediation & Arbitration Libel & Defamation Media, Telecoms, IT, Entertainment Social Media
Related Articles
We all know fairs fair; but what is Fair (in the context of resolving disputes)? Holley Nethercote
Google business reviews: potential defamation payout Ramsden Law
Uniform defamation law – new law, new era Bartier Perry
Total and Permanent Disability Claims – What you need to know Mellor Olsson Lawyers
The Victorian legal system: How does it work? Doogue + George Defence Lawyers
Mondaq Webinars
Arbitration is Common and Civil
OBLIN Attorneys at Law LLP
Webinar Wien Austria
Construction Disputes: What Will 2021 Bring?
SCHOUPS Advocaten Avocats Lawyers
Webinar Brussels Belgium
More Webinars
Comparative Guides
Alternative Investment Funds
Anti-Corruption & Bribery
Cybersecurity
Data Privacy
Enforcement of Foreign Judgments
Mondaq Advice Centres
Global
Trademarks in SAARC Countries
Global
Investment Immigration
More MACs
Curated Content
A Framework For Examination Of Personal Devices Under The Turkish Competition Authority's New Guidelines – How It Converges With And Differs From The EU Practice
ELIG Gürkaynak Attorneys-at-Law
Digital Securities Business Is About To Bloom
Anderson Mori & Tomotsune
A Different Perspective To Employer`s Liability For Anti-Competitive Behaviors: Arçelik's Application For Leniency
ELIG Gürkaynak Attorneys-at-Law
Losing The Battle, Winning The War? – Ramifications Of The Newly Introduced Settlement Mechanism Under Turkish Competition Law
ELIG Gürkaynak Attorneys-at-Law
Upcoming Events
Mondaq Social Media